So there I am minding my own business when an email pops up from Bruno.  Turns out he is the art director at Le Monde Diplomatique, which is a French issue oriented publication that goes out to people who like to read more than 140 characters at a time, which is simultaneously old-school and refreshing.  So he’d like to run a portfolio of Consumed in their issue dealing with global food production.  We talk and work out a deal. A few days later Bruno comes back to me and asks, “Do you have images of a poultry farm.” Why yes, I do.  I actually do not show all the images from my projects on my website, so I have a lot of stuff in the archive.  Another few days, “Do you happen to have any images from a slaughterhouse?”  Why yes, I do.  Long story short, Diplomatique has just published the most comprehensive array of images I produced for Consumed ever, and I am very pleased that the images have been combined with (I am assuming) cogent dialogue on the serious issue of food production and consumption.  Oh, and how did he find my work? Turns out he found me on the PhotoNola website from a 2008 posting when I won a portfolio review prize.  So you just never know . . . Mercî Le Monde Diplomatique, and thanks PhotoNOLA! 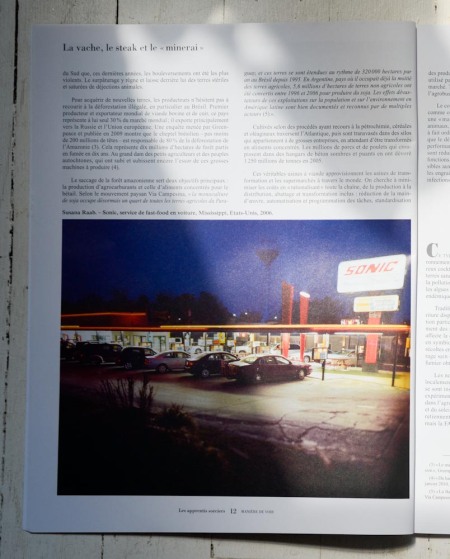 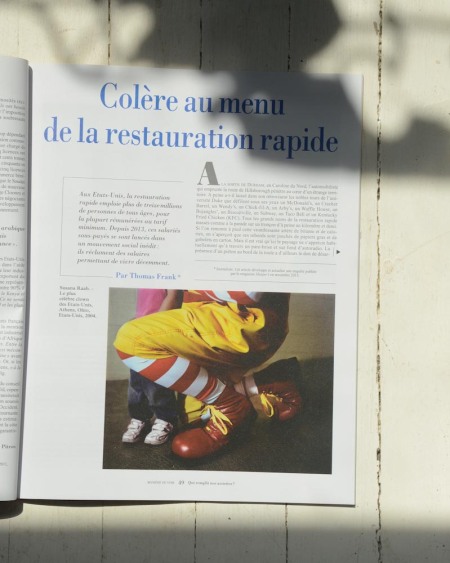 Too Long at the Fair, McArthur, Ohio © Susana Raab